Gender polarization aims to construct and to naturalize a gender-polarizing link between sex as well as psyche of one’s body and one’s sexuality. This chapter focuses on what scientists have done about providing legitimacy to both requirement of body sex matching with psyche gender and exclusive value of heterosexuality, which is a scientific tradition of gender polarization.

Sexual inversion refers to any individual with cross-gender desires. The study of sexual inversion firstly focuses on gender identity rather than sex-of-partner preference. At that time, sexual inversion is regarded as a less evolved form of human development because it may be one of the factors that threaten the order of sex and gender of society. However, with the development of society, people come to view inversion as more a pathology of sexual desire than pathology of gender. The effects from Ellis anticipate two branches of twentieth century of sexology, homosexuality of sexual orientation and masculinity-femininity of individual psyche.

The study of homosexuality starts from the psychoanalytic theory of Freud. Freud de-privileges heterosexuality by arguing that it is just one possible outcome of child’s psychosexual development, same as homosexuality. Two specific details have to be concerned that children are born without any objects for sexual instinct and sexual objects can be found only after a lengthy process of psychosexual development, which indicates that “the sexual instinct and sexual object are merely soldered together”. However, the successors of Freud change his notions to privilege the reproductive sexuality as the normal pattern though Freud has made clear at least three statements that homosexuality is not an illness or pathology. While the study of Freud is mainly on the basis of male, which indicates the condition of that time makes him unable to clear state that homosexuality is as normal as heterosexuality. After 1930s, at least three basic changes are made to the psychoanalytic theory by Freud successors. First, they argue that heterosexual choice is natural which may blocked because of psychological or neurotic problems. Second, a homosexual choice presents an arrested development of pre-oedipal. Finally, sexual instinct is based on various social and interpersonal issues. All changes above tend to make homosexuality as a mental illness and able to get psychiatric treatment. Bergler, Kardiner, and Socarides come up with the views in fact abusive to homosexuality but they are not rebuked by the professions at that time. This attitude mainly leads to the consequence of federal witch-hunt starting from 1950s which makes lots of homosexual people lose their jobs. While at the same age, scientific challenges do exist towards pathology of homosexuality like Kinsey and Hooker. The research of other social organization indicates that two different social institutions are involved in the construction of exclusive heterosexuality. In 1973, homophobia is used but the problem of homosexual oppression still exists that the fear is from ideological emphasis on gender polarization.

Masculinity-femininity concerns of individual psyche. There are three traditions theorizes a gender-polarization link between the sex of body and gender of psyche. First, M-F assessment, invented by Terman and Miles, is a single dimension measure method, which has disadvantages that it just measures the adherence of individuals towards cultural norms; it has limitations of single dimension and anything other than masculinity or femininity is psychopathology. Second, treatment and prevention of gender identity disorders which regards transsexuality as discrete psychopathology is developed in 1952. Transsexualism can be diagnosed by three criteria but a great deal of controversy towards treatment exists. Then, theory of gender identity disorder of childhood is developed but it also has strong disadvantages to recognize features of transsexual inclination accurately at an early age. It is agreed that transsexualism should better to be conceptualized as a social pathology rather than individual pathology. Third, children are rigidly conforming because of masculinity- femininity gender polarization. According to Kohlberg, children seem to be active participants in the process of gender acquisition and the notion that rigid gender traditionalism is natural is not convincing because the preparational stage of cognitive development can be compelling to children at the first place and also children are not mature enough to understand the differences between male and female biologically. The stream of deconstructing of M-F also exists which represent by BSRI measure method which has three fundamental differences from the Terman-Miles one. The work on androgyny also develops but it also evokes a lot of critiques because the concept of it is utopian without abundant evidences. Also it in fact do not undercut the gender polarization but emphasize on contrary. The author turns her research on androgyny to gender schematic.

Q2: there is an inclination of gender neutralization in Asian countries that women are more manly than man and man are softer than women. The school is worried so they want to keep the boys more boy and girls more girl. Is this treatment appropriate? 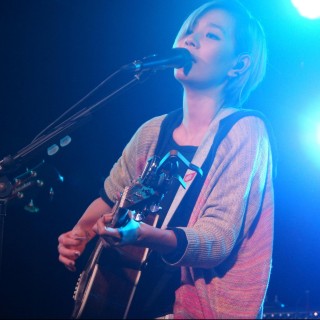